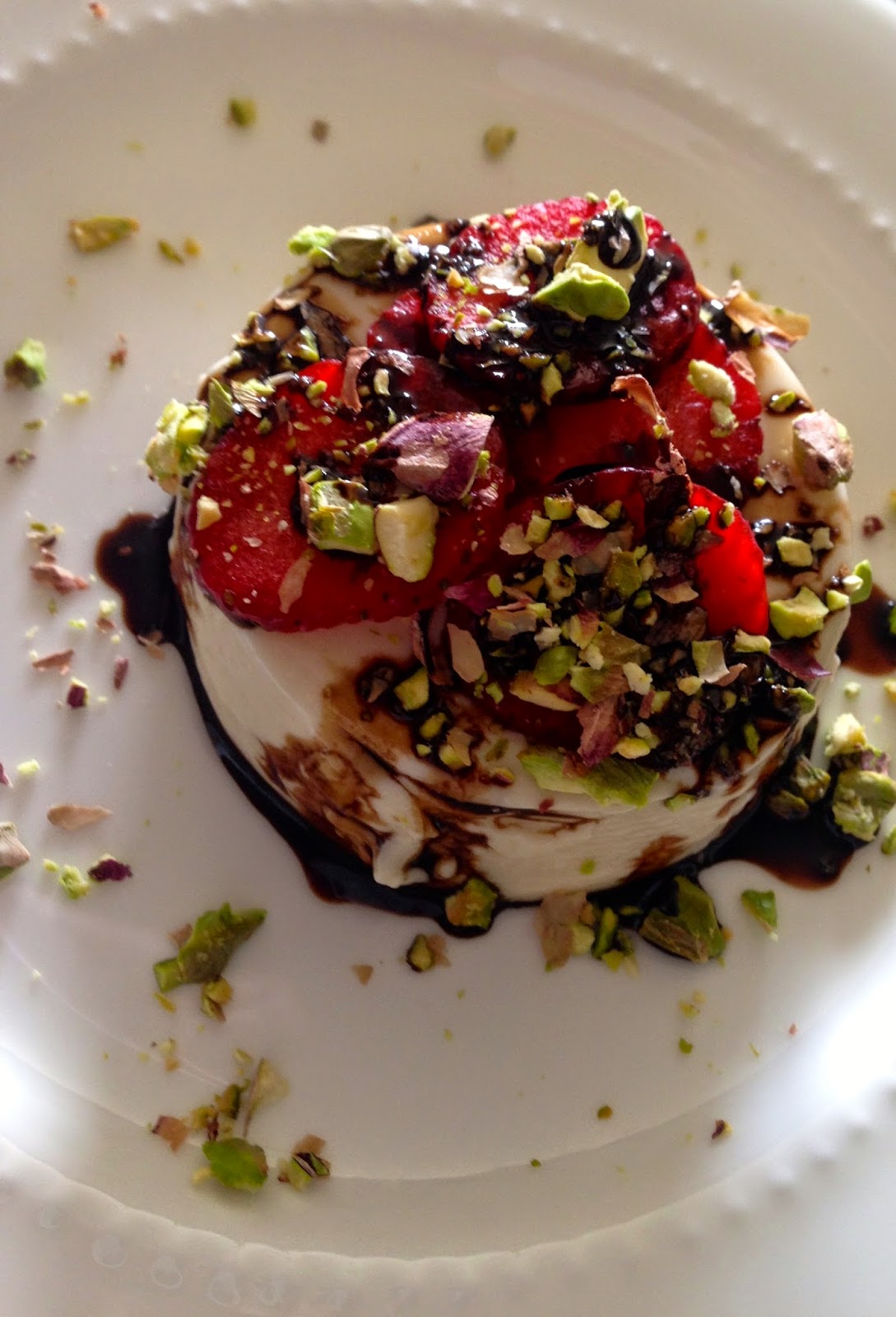 This started out as a column on making a foolproof dessert. However, after my third attempt and the growing realization that foolproof did not necessarily equal Johanna-proof, it turned into something slightly more philosophical.

I therefore present the Panna Cotta Principles, lessons this exercise in humility taught me about life and dessert.

Mind you, I’d never made panna cotta before, but I knew it was pretty easy. Most recipes I’d come across were fairly straightforward, but when I came across one that suggested some unique extra steps, I figured these would certainly add something extra to the dish. My first mistake.

Panna Cotta Principle #1: Simpler is better. Contrary to popular belief (and Facebook status options), life and relationships don’t have to be all that complicated. It’s people who like to complicate things for a variety of reasons, including our penchant for drama and as my experience would indicate, the belief that if it’s complicated, it must be better.

Well, it wasn’t. Even after hours in the fridge, my panna cotta with the extra complication simply refused to gel, insisting instead on remaining in a state of white, creamy puddliness.

Which brings me to Panna Cotta Principle #2: Choose whom you trust. As I muddled (puddled?) through this disastrous recipe, I wondered if the only reason for the extra steps was to guarantee failure.

There was a time when I would have thought this a ridiculous proposition, but when polling friends and acquaintances about what they would do when they didn’t want to share a recipe, I was surprised to find out how many would give one with deliberate errors or omissions in it.

Recipes can fail for many reasons, such as user error, variations in the brands of ingredients, and even the appliances used.  However, some people give out recipes that are doomed to fail from the start.

It turns out this is a fairly common practice, especially for people who are loath to share their trade secrets. To which I wondered, why even give the recipe in the first place? Why not just say no? Or offer up another recipe?

Many people do it for marketing and publicity purposes, but here’s the thing. If I try your recipe and think it sucks, chances are, I won’t have a lot of faith in your taste or talent and will likely give your restaurant or product a pass.

The same thing applies to people who say they will when they won’t, or that they know (or do) when they don’t. And as I cursed inwardly at the dastardly chef who had me needing so much milk and cream I may as well have bought a cow, I decided to commit to Panna Cotta Principle #3: Be someone others can trust.

It’s easy to be seduced by the glitz of sweet-talking recipes and people, but in the end, it’s the true blue that you stick with and who stick with you through the years.

My fourth life lesson I also owe to Kenny Rogers whose old country song kept running through my head—Panna Cotta Principle #4: Know when to hold ‘em. Know when to fold ‘em.

On my first attempt, I overheated my panna cotta mixture until it was a great, big clotty mess. My first instinct was to go ahead and mix it in with the rest of the ingredients, then hope for the best. But I realized throwing good ingredients in after bad would only result in more waste, so I reluctantly chucked the whole thing.

The next time around, I followed the flawed recipe to a T and put the entire mixture in the fridge.  Eight hours later and the damn thing was no closer to a panna cotta than the cartons of milk and cream beside it. This time, however, I realized the recipe defect was fixable. On my third attempt (at which point I had started to wish I had made something easier like, say, a wedding cake), panna cotta 3.0 finally began to gel.

The next day, I carefully unmolded quivering orbs of silky, creamy goodness onto a platter and drizzled them with strawberries, a balsamic glaze and salty, crunchy, crushed pistachios, the ingredients I happened to have on hand.

Panna Cotta Principle #5: Work with what you’ve got. It’s usually a lot more than you think.

And as I savored the fruit of my efforts, I realized Panna Cotta Principle #6: Variety is indeed the spice of life and dessert. The sweet, the tart, the nutty and the fruity—embrace them all, because they’re just some of the variants that make life and food so interesting.

As for my 7th and final Panna Cotta Principle: Practice makes perfect. Especially when it’s someone else’s. Learn from my mistakes as well as your own, and enjoy this foolproof (and Johanna-proof!) recipe for panna cotta.

Sprinkle the gelatin on the milk and let stand for 5 minutes. Add the milk-gelatin mixture, cream, vanilla, sugar lemon rind and salt into a pan and stir until the mixture is hot but not boiling.

Make sure the gelatin and sugar are fully dissolved by rubbing some of the mixture between your fingers. It should feel completely smooth, not sandy.

Divide the mixture among 6-8 ramekins (depending on size) and leave to cool. Place into the fridge for at least an hour or preferably, overnight.

When ready to serve, run a thin knife blade around the inside of each ramekin. Mine came out easily, but if you have trouble, dip each ramekin into a bowl of hot water for a few seconds to loosen the bottom.

Garnish with the toppings of your choice.

This article first appeared in The Philippine Star on January 22, 2015.